I love rhubarb. Growing up, my grandma had a great patch, meaning spring dinners were often accompanied by strawberry rhubarb jello. The sheer volume of sugar needed to make the tartness of the rhubarb palatable made this sweet tooth very happy.

But what about the savory side of rhubarb? I was introduced to rhubarb pickles via Emily’s side salad at Ommegang, and knew I would have to give it a try.

With a wealth of rhubarb, I chose 2 recipes to give it a try. First up is Pickled Rhubarb with Ginger. My love of rhubarb is only rivaled by my love of ginger, so this sounded amazing.

Basically, chop up the rhubarb in bite-sized pieces, and pour the quick-pickle brine over the rhubarb. 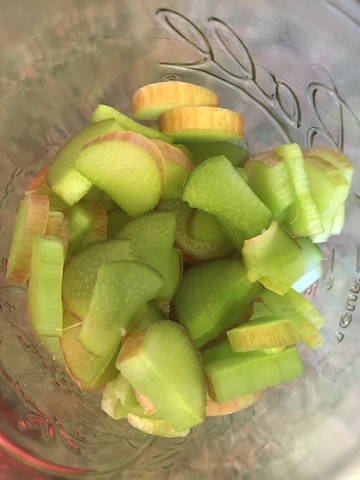 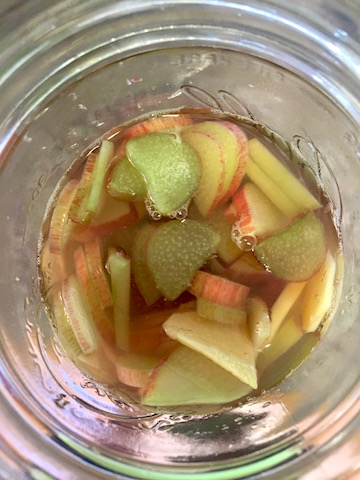 I used red wine vinegar instead of white wine vinegar, since it’s what we had on hand. I think it adds to the color a bit.

These are exceptionally tart with a strong vinegar bite, and add a great layer of flavor to salads. These aren’t snackable, and have limited uses. But where they work, they work.

I also am a big fan of all things fermented. Okay, most things fermented. So I also sought out a recipe for lacto-fermented rhubarb pickles, and found this recipe from Phickle. It’s a much simpler recipe, since the real star is the flavor brought out by the fermentation. The recipe says 2 weeks, but I tried mine after a week, and decided it was perfect.

These pickles taste like rhubarb. They’re not as crisp or beautiful as the refrigerator pickles, but their flavor is great. By themselves, they are quite salty from the fermentation brine, but a quick rinse fixes that. I’ve enjoyed them with hummus and cheese, in sandwhiches and on salads. Versatile and delicious. 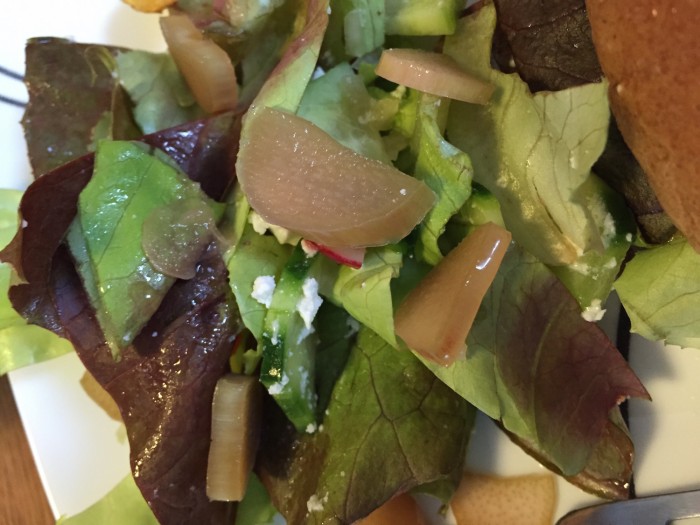 Judging by how fast they’re going, I think next year I’ll probably just stick to the lacto-fermented rhubarb pickles.